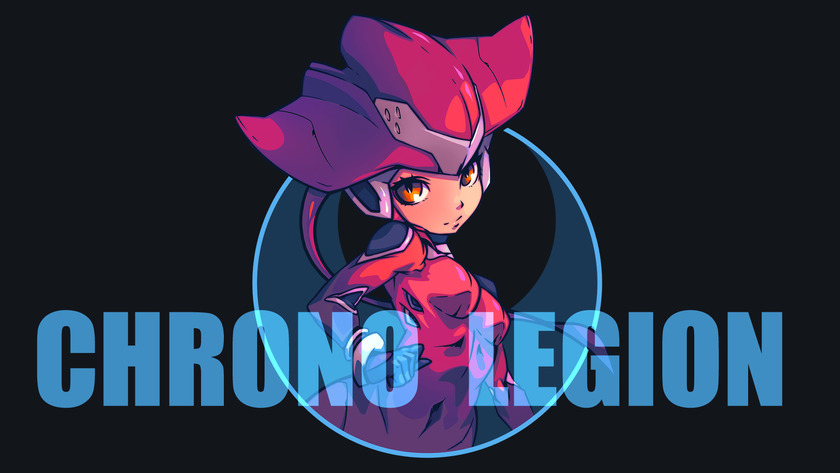 It’s an anime girl with a somewhat manta ray looking sci-fi hat, okay? For further context, let me elaborate. It started off as a manta ray, that can travel through time, but I only ever draw moe anime girls, so there’s that. It could be colloquially referred to as a Chrono Ray - which may incidentally denote a gun that can kill time.

Unnecessarily complex digressions aside, we’re not merely killing time anymore, it’s time to get damn serious. Chrono Legion is a discord art server which does exactly that, in a playful and undaunting manner - like a moe girl. It focuses on giving professional as well as aspiring artists a space where they can promote their projects, give and get feedback, and find resources.

But most of all it’s about building a community.

Nothing can spark more inspiration than trying to impress strangers on the internet with vaguely similar interests. You can engage in banter in our voice channels whilst, or indeed instead of working, all the while pretending you are at an actual studio. We are an outlet to let all your obscure pop culture references shine. And sooner than you realize, you are trying to impress people you actually know, and indulge in inane discourse about said vaguely similar interests. And share images of your cat, or someone else's cat, we don't judge.

Another way we provide value to our members is holding Monthly Challenges where we bring in veterans from the industry. Each artist comes up with a theme for the month and then provides feedback on each participant’s work. We chose this format to give professional insight in a streamlined and accessible manner. Past challengers include people like Baldi Konijn from Airship Syndicate, Michal Ivan from Six More Vodka, and Jane Katsubo from Larian studios.

The challenges focus on getting to grips with the standard pipeline of creating concept art and illustrations. Participants post their initial ideas, reference sheets, thumbnails and iterations all the way to a finished product. (Or, you know, however far they choose taking it) Like in a real fake company! Just without the crippling pressure. The worst that can happen is getting relevant feedback. And at this point, we’ve all been friends for two whole paragraphs anyway.

If you stream, Chrono Legion is also a place to find other artists to do multi-streams with. As our community is comprised mainly of freelancers, we’re always ready to exchange knowledge about the business side of things, getting jobs, getting paid and having a pleasant time in-between. We occasionally hold workshops on a vast array of conceptual as well as technical topics requested most by the community.

Now, with our first anniversary closing in, we are planning to cook up something special in the near future. A monthly challenge, that’s bigger, better, and well, basically a contest - with judges, themes, possibly with fabulous prizes. There is like four people talking about it even now, and it hasn’t even been (properly) announced yet.

We’re still pretty moe, so if you join now, you will gain additional bragging rights on being with Chrono Legion before it was cool. Though, in the immortal words of Milhouse van Houten, our mothers say we’re cool already. A cool way to connect with artists from around the world.

You can join us here