Niobe: She is Death

NIOBE RETURNS TO RECLAIM HER THRONE!

Stranger Comics launches an opportunity to get limited and exclusive copies of new comic NIOBE: She is Death issues 1 and 2 by Stranger Comics CEO Sebastian A. Jones (The Untamed, Dusu) and Amandla Stenberg (The Hate You Give, Hunger Games) and new titles Erathune and Essessa before they hits stores. She is Death follows the critically acclaimed first series, NIOBE: She is Life, which shattered barriers and made U.S history becoming the first nationally distributed comic with a black female author (Amandla), artist (Ashley A. Woods), and hero (Niobe) in the history of comics. Oscar winner Viola Davis wrote the foreword in the hardcover.

After seeing Niobe’s faith tested in the first collection, Stenberg’s follow up title reflect the volatile times we live in today with the visceral sequel: NIOBE: She is Death.

The tale is about a Niobe Ayutamu, a young half-elf warrior woman struggling with her faith in humanity and the world. After witnessing too much wickedness, we see a hero’s journey from a young warrior into a roaming vigilante, a bounty hunter who hunts down slave traders and sex traffickers, rescuing the victims for the families who seek her help. This is the second volume in a collection where Niobe is destined to become the savior of an entire fantasy franchise.

The kickstarter offers everything in Niobe’s world of Asunda including a Pathfinder Roleplaying game and her first appearance, THE UNTAMED: A Sinner’s Prayer, painted by Peter Bergting (Lord of the Rings) with covers by Jae Lee (Dark Tower) and Hyoung (The Last of Us). Other tales to collect are ERATHUNE: A story about a Dwarf burdened with a cursed axe in the icy mountains of Herfang; and ESSESSA, a Vampire seeking to regain her humanity will bleed the world dry to be with the man she loves. All are created and penned by Jones. 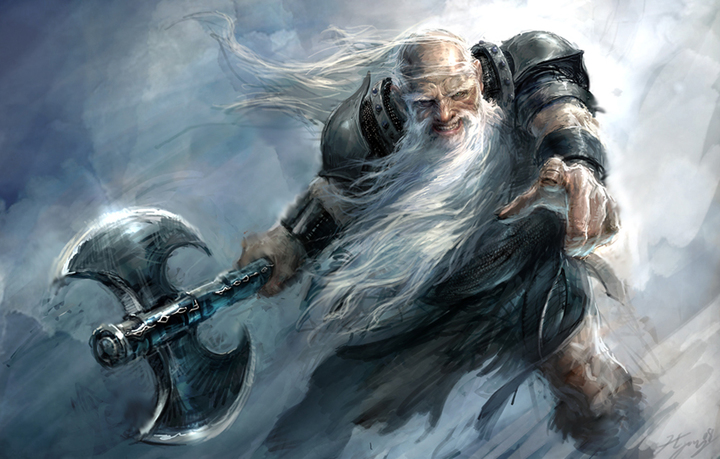